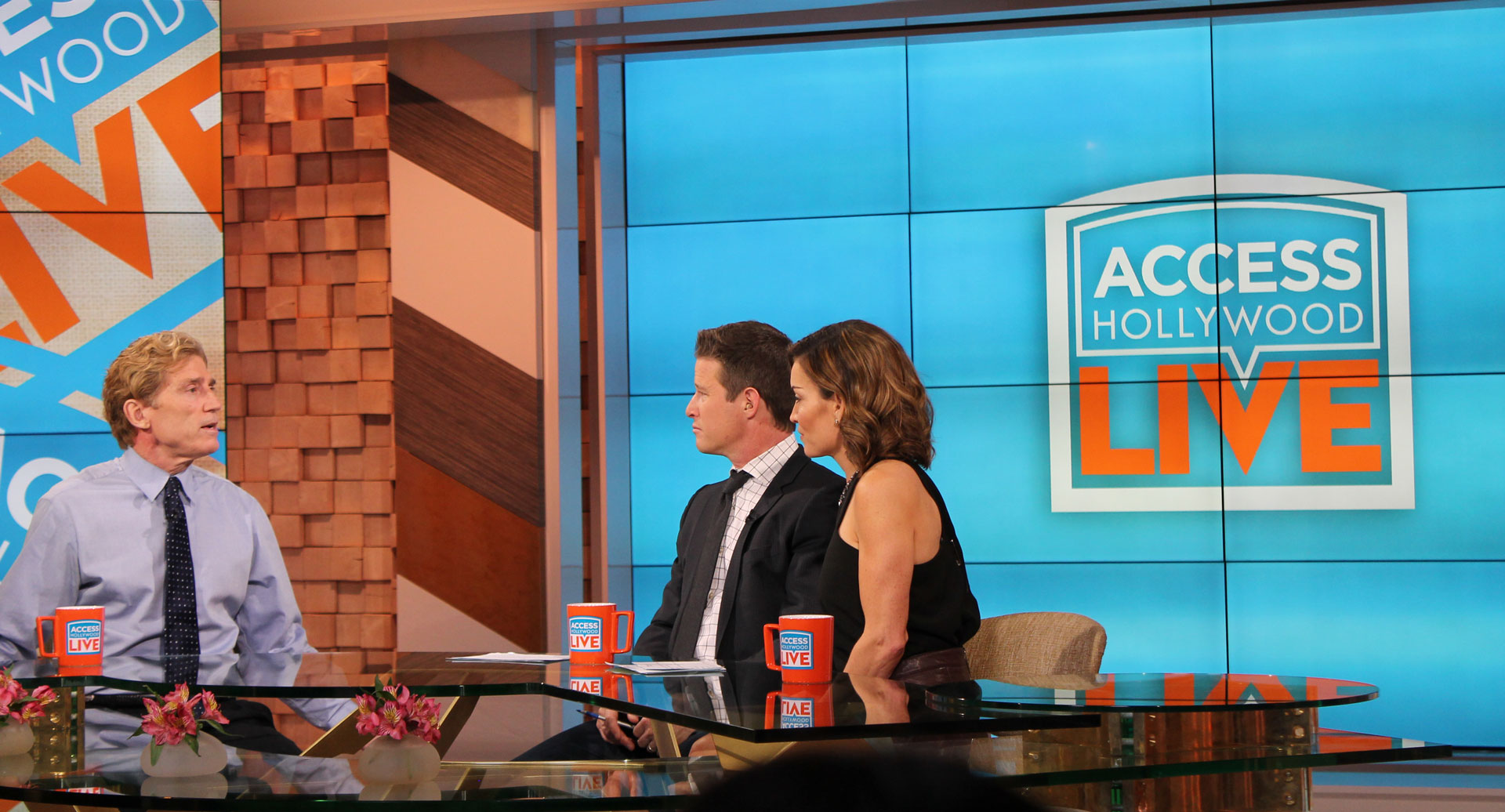 Dr. H on the set of access hollywood live, discussing his role as medical advisor on the biggest loser tv show and more.

As the doctor on NBC’s “The Biggest Loser”, Dr. H espouses a drug-free and non-surgical approach to fat loss & reversing Type II diabetes. Dr. H has also been featured on “Extreme Makeover”, “Work Out”, “Thintervention” and will make regular appearances on NBC’s forthcoming reality series “S.T.R.O.N.G.” where he will continue to set the record straight on healthy eating and exercise.

His impassioned approach to fat loss has inspired many and has lead him to be featured as a health expert on Nightline, Larry King Live, Extra, E!, The Today Show and The Dr. Oz Show. Dr. H is also regularly featured in health-related articles in the New York Times, Los Angeles Times, The Boston Globe and other national print media.

“Huizenga has made his presence known as Dr. H on the television show “The Biggest Loser” and on various other reality shows. He is a former team physician for the Los Angeles Raiders. He is also the author of a book called “You’re Okay, It’s Just a Bruise—A Doctor’s Sideline Secrets about Pro Football’s Most Outrageous Team,” which inspired Oliver Stone’s film “Any Given Sunday.” – Extra.com

“A Harvard-trained physician, Dr. H, as he is affectionately known, has been repeatedly called upon to offer his expert opinion on all television networks, as well as major newspapers such as the New York Times and LA Times.” – Life Extension

“Dr. Huizenga helps obese participants shed not only pounds, but also the unhealthy habits and lifestyle choices that result in devastating and chronic diseases.” – Life Extension

“Robert Huizenga, the Harvard Medical School graduate has worked with some of the most famous celebrities in Hollywood during his career.” – Radar Online

“Huizenga was an immunology major at Harvard Medical School and did his residency at Cedars-Sinai Medical Center, focusing on internal and sports medicine. He’s served as national medical correspondent for Breakaway and The Home Show, and advised on television shows and movies including Extreme Makeover, American Gladiators, Into the Wild and Shedding for the Wedding.” – The Hollywood Reporter

“Huizenga testified in the trial that he tested Simpson for several drugs, among them anabolic steroids.” – Fox News

“The wayward star of Two and A Half Men chose a high-profile practitioner to explain his diagnosis to the world in Dr Robert Huizenga, a Harvard graduate with roots in sports medicine and science writing.” – Daily Mail

Dr Huizenga claims that his extreme diet and exercise regime is far better than traditional bariatric surgery as a way of losing weight and living a healthy life. – Inquisitr

“Huizenga, also referred to as “Dr. H,” has appeared on NBC’s “The Biggest Loser” over the past 14 seasons and has helped people battle obesity through nonsurgical methods. He has shown these methods by instituting a heavy exercise regimen on the show and has 15 published medical abstracts.” – International Business Times

“Huizenga has repeatedly been interviewed as a health expert on NBC, CBS and ABC Evening News, “Nightline” and “Larry King Live,” as well in the “New York Times,” “Los Angeles Times” and other national print media. He has also been called as a medical expert in multiple high-profile legal cases, including both the criminal and civil O.J. Simpson trials.” – NBC